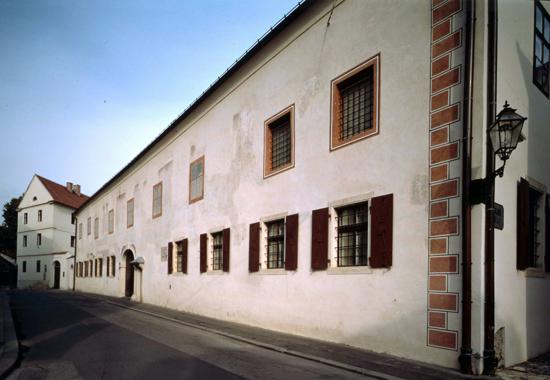 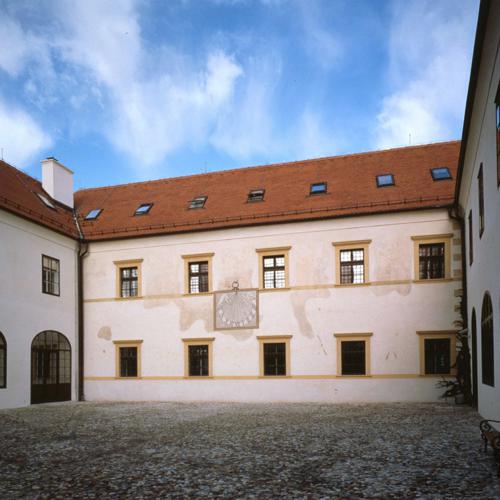 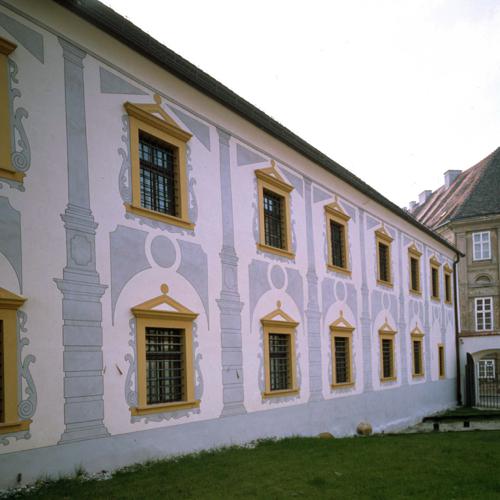 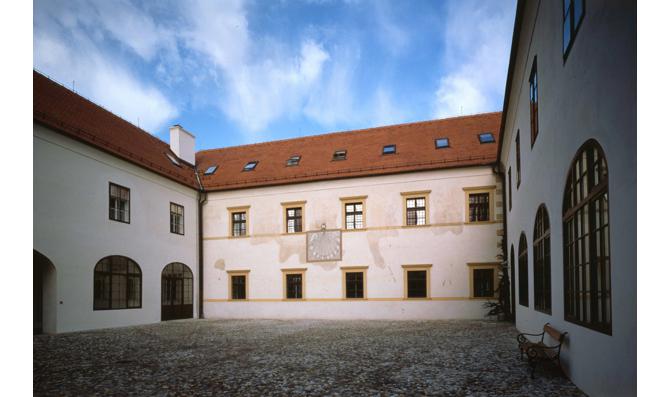 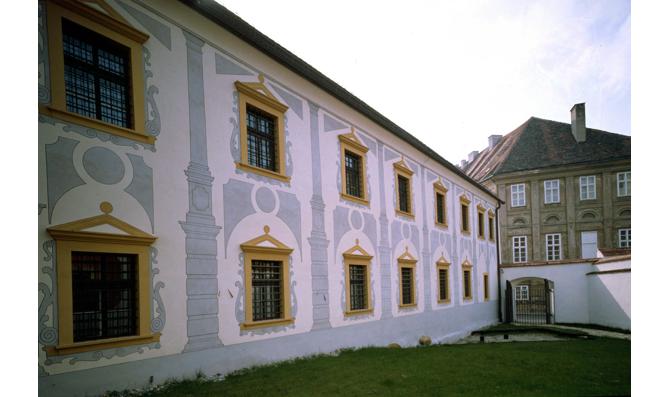 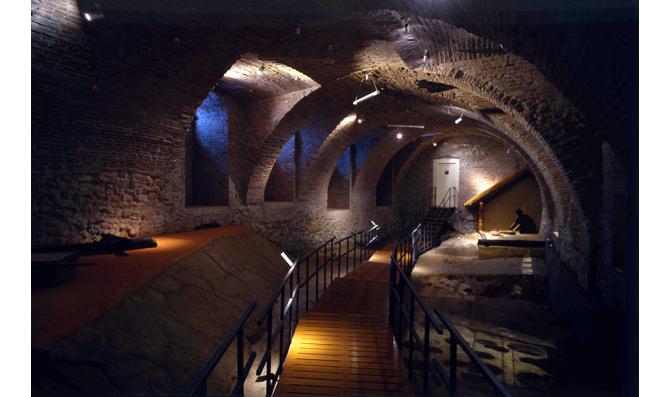 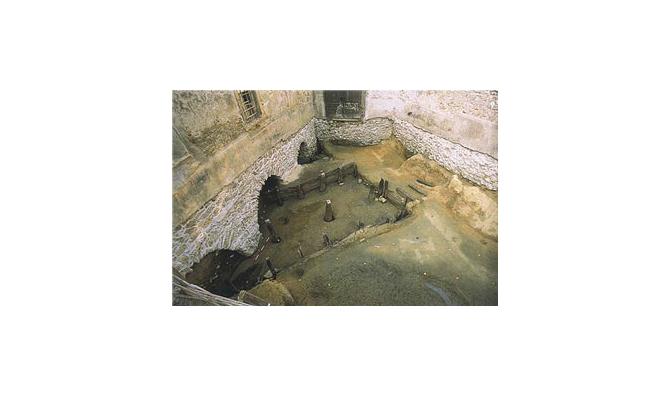 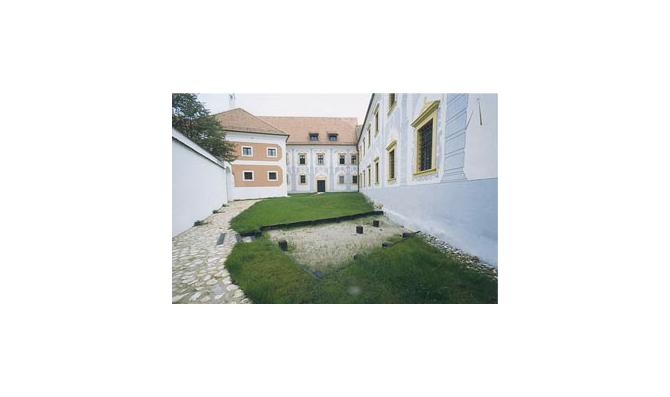 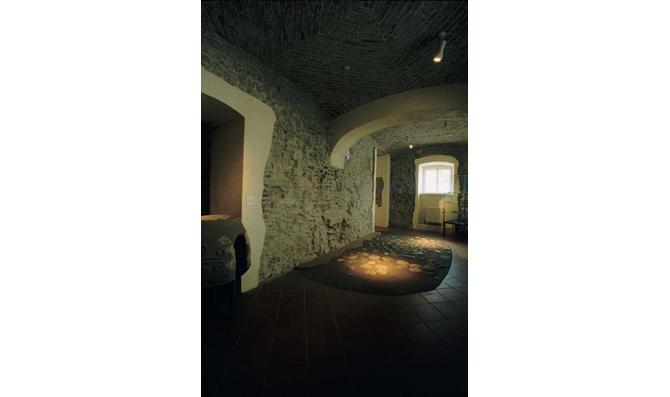 The Zagreb City Museum was founded by the Brethren of the Croatian Dragon Society in 1907.
In the ninetieth year of its existence, 1997, the Museum opened what was only its sixth permanent exhibition, for the first time in restored and appropriate premises, making use of the state of the art in contemporary museum technology.
The exhibition shows the past of the City of Zagreb, from prehistory, traces of which were recently uncovered under the very building of the museum itself, to the present day.
The permanent exhibition is built around the objects that the Museum possesses. A modern approach to the creation and visualisation of the life of the city has led us to link the objects with the social context in which they once had their being. Wherever it has been possible, we have endeavoured to support the historicity of the theme by some authentic document.
A sense of connectedness has been achieved by the interweaving of theme and object, and has determined the basic conception behind the presentation of the permanent exhibition. A combined chronological and thematic approach and the application of contemporary museological and technological principles have enhanced the interest and accessibility of the Museum for the visitor of today.
The permanent exhibition gives a portrait of the city in all of its aspects, showing it in the light of politics, the church, history, economics and business, town-planning and architecture, the history of art and literature, entertainment, and everyday life.
The diversity of themes and objects, which range from rarities to common-or-garden objects of use, from the artistic to the popular, lend the Museum a particular charm. Through its thematic sequence, the exhibition leads the visitor into the interesting features of the rich life of Zagreb and the mutations of its urban landscape.
The building the Museum occupies was once the Convent of the Poor Clares (1650), and is itself a historical monument of great importance. The museological programme determined that, while the premises were being repaired and restored for their new use in 1989-1997, systematic archaeological works should also be carried out. We have taken advantage of the multi-layeredness of the building, drawing particular attention to it by specially shaped captions in grey.

The archaeological excavations brought new information about life on Grič Hill to light, which is why the permanent exhibition actually starts from an interpretation of the archaeological finds which are presented in the very place where they were uncovered. We display the prehistoric settlement constructed in the 7th century BC, at the beginning, that is, of the Halstatt culture of the Early Iron Age, as well as a house and workshop of the La Tene culture of the Late Iron Age. The archaeological map serves to acquaint the visitor with the most important sites and finds in the city and its environs.

The exhibition goes on to underline the particularity of the development of the medieval twin city, showing both the separation of ecclesiastical Kaptol and free and royal burgher Gradec in life and government, and the reciprocal ties that nevertheless existed.

The forty five themes, in an interesting and thoroughly historically documented manner, constitute a sequence of characteristic topics and events creating an image of the city in its historical and cultural development. Each period is illustrated with characteristic objects that give a vivid portrait of Zagreb, starting from the legend about the origin of the name of the city, illustrated by the well-head from the spring of Zagreb, going on to life in medieval Gradec and various city symbols, via an ideally reconstructed figural portal of the old Zagreb Cathedral, symbol of the ecclesiastical city, to the Church of St. Mark, telling of the rich Baroque atmosphere of its one-time interior, and its links with the guild life of tradesman’s Gradec. The insignia of the guilds (their banners, chests, signs, apprenticeship documents) characterise the life of both Gradec and Kaptol in the period between the 17th and 19th century.

On the first floor we pay tribute to the Poor Clares and their convent, which is itself a unique, and our most valuable, exhibit. A model of the building in the mid-17th century shows the whole of the architectural complex in its setting.

Here there are the important finds discovered under the convent during archaeological excavations that throw light on the way the Poor Clares lived. We go on to lay stress on the piety and enlightenment brought to the city by the members of the religious orders during the 17th century, particularly accenting the cult of the Blessed Virgin Mary in Zagreb and its environs. The life of the aristocrats, using the examples of the Rauch and Oršić families, is reconstructed and brought closer to us in a particularly interesting way.

Then comes commercial life in the lower city at the turn of the 18th and 19th centuries, and then the time of the Croatian National Revival in Zagreb, showing the principal persons and events characterising the era, ending with Ban Jelačić and a striking portrait of him in more than life size, now on view for the first time.

We have reconstructed shops and shop-windows in Ilica, and recreated the feel of everyday life in this most important commercial street at the end of the 19th century, from which there is a view of a spatial model of the Lower Town that suggests something of the values of the third centre of urban Zagreb. We have drawn particular attention to the town-planning programme of the “Green Horseshoe”, with models of the most important buildings arising from a plan of Zagreb inlaid into the floor of the hall, buildings that created the typical feeling of the foundation period (Gründerzeit) at the end of the 19th century.

The rich theatrical life of Zagreb is illustrated by, among other things, objects related to the fertile artistic work of the best known Croatian prima donna, Milka Trnina, a Wagnerian who represented Croatia round the world, from Bayreuth and Munich to London and New York.

Since the Museum possesses collections of individual municipal associations of the 19th and the beginning of the 20th century, we have put them on display to show something of social life and communications in the city. And we have made use of the invention of Zagreb resident Slavoljub Penkala, who achieved world renown patenting the very first propelling pencil in 1906. The word “penkala” is still used for his invention.

We show the 20th century in characteristic entries, giving an interpretation of the most important events that have typified this stormy period, from the International Style of Zagreb’s modern architecture to life in Zagreb during the first and second world wars, including the fear and uncertainty that overcame the city in May 1945.

The change in the structure of the population and the general population explosion in the socialist period created the need to expand the city and the requirement for the new town planning programme of South Zagreb, shown in a model. Nor have we forgotten the Zagreb school of animated film, which brought the city renown in the world.

In 1990, the Parliament of the sovereign and independent Republic of Croatia was established. But in summer 1991, Zagreb found itself involved in a war not of its own making. Numerous Zagreb people went off to the battlefield, and the city had to look after more than 130,000 refugees and displaced persons. In spite of the war, life in the great city went on, and Zagreb was able to commemorate the ninth centenary of the foundation od the See of Zagreb, the celebrations being crowned by a visit from Pope John Paul II.

On the way out into the hall there is an exhibition of many posters, through which we would like to hint at the life of the city as seen through these visual messages that constitute a kind of time machine enabling us to visit the events of the 20th century.

A particular section of the Museum is constituted by collections donated to the City of Zagreb, now on show to the public for the first time. These are:

The permanent exhibition was devised and created by:

Many other people have also been involved in the project, both museum employees and consultants from elsewhere.

The Zagreb City Museum is a contemporarily organised heritage institution, a place of assembled knowledge and a public medium, after a hundred years, still vital, sensitive and caring, both for the past and for the present of Zagreb.
Addressing long-time residents, newcomers and guests of the city, the museum has a single task – to foster interest in Zagreb by presentation of the features of interest and key points in the development of the city through diversity of contents and the manner in which they are interpreted and presented in line with the expectations and needs of contemporary society.